My Go-To-Places The House Of Kelly 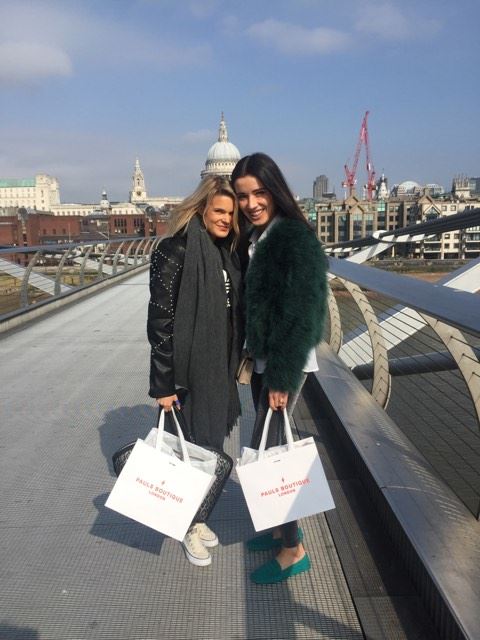 At 4:00 AM in the morning my alarm clock went off, at 4:45 i was in the car on my way to Schiphol Airport Amsterdam.

Why so early? And why to the airport? It was time for London, for one day. Super excited! 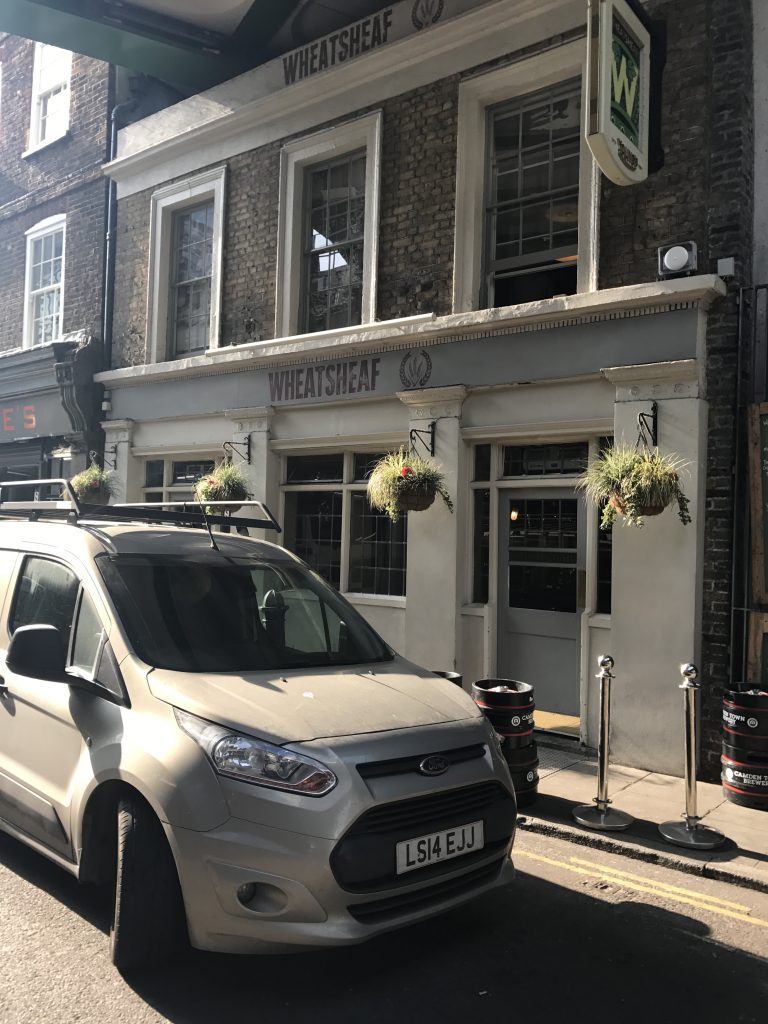 After a short flight to London Heathrow Airport, i met Yentl at the airport.

Yentl and i met each other for the first time and it was girlstalk from the first moment.

We took the train to Paddington Train Station. There was Sasha from Paul’s Boutique already waiting for us.

Sasha had a fun day planned for the three of us.

Our first stop was a coffee & cola stop, much needed;) We had time to get to know each other and we made a fun progam for the day. 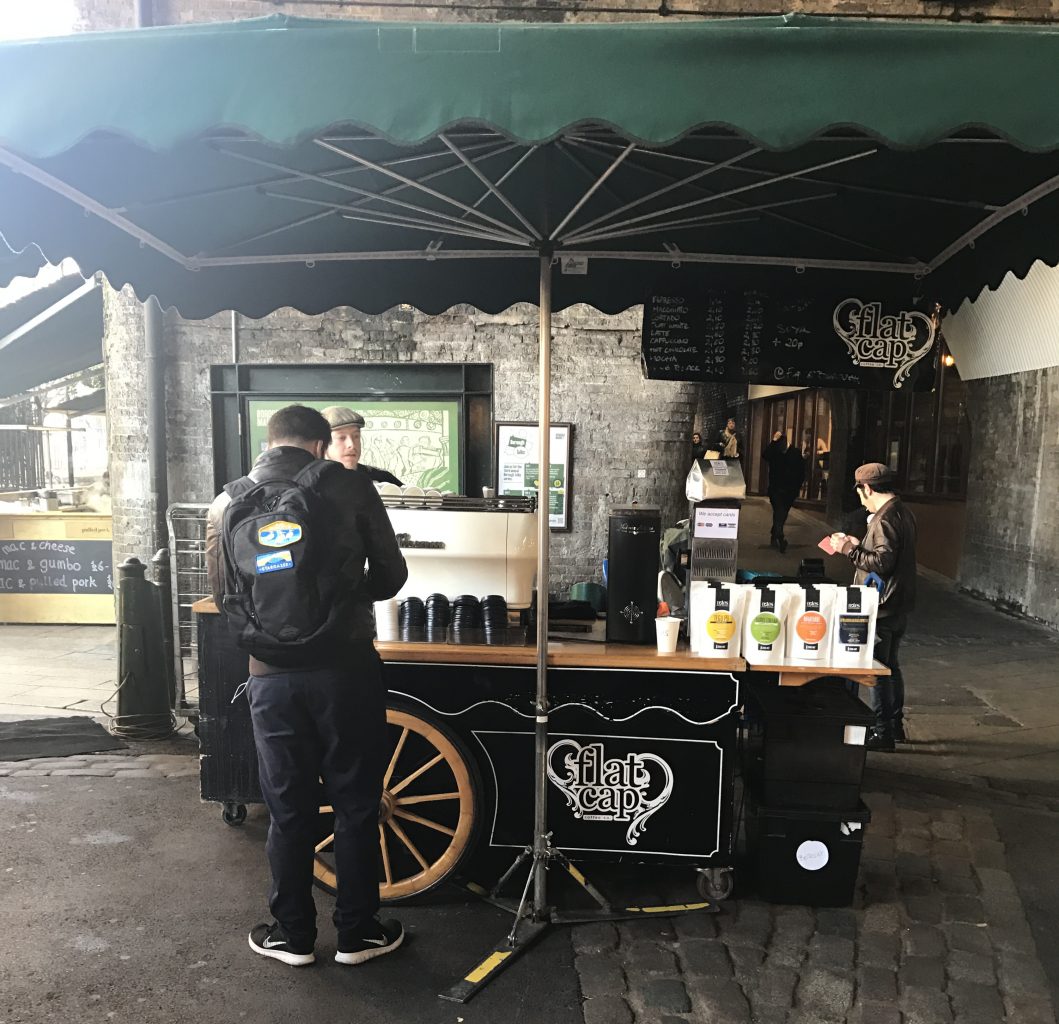 We started at Borough market. It’s a wholesale and retail food market in Southwark.

It’s such a good food place! 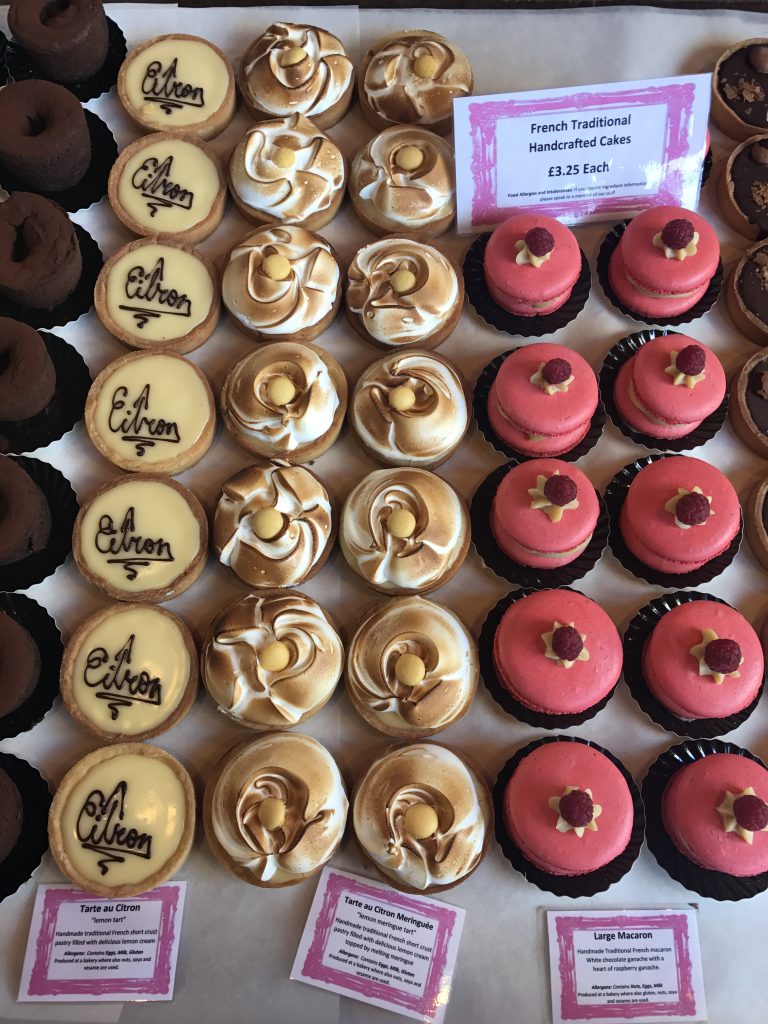 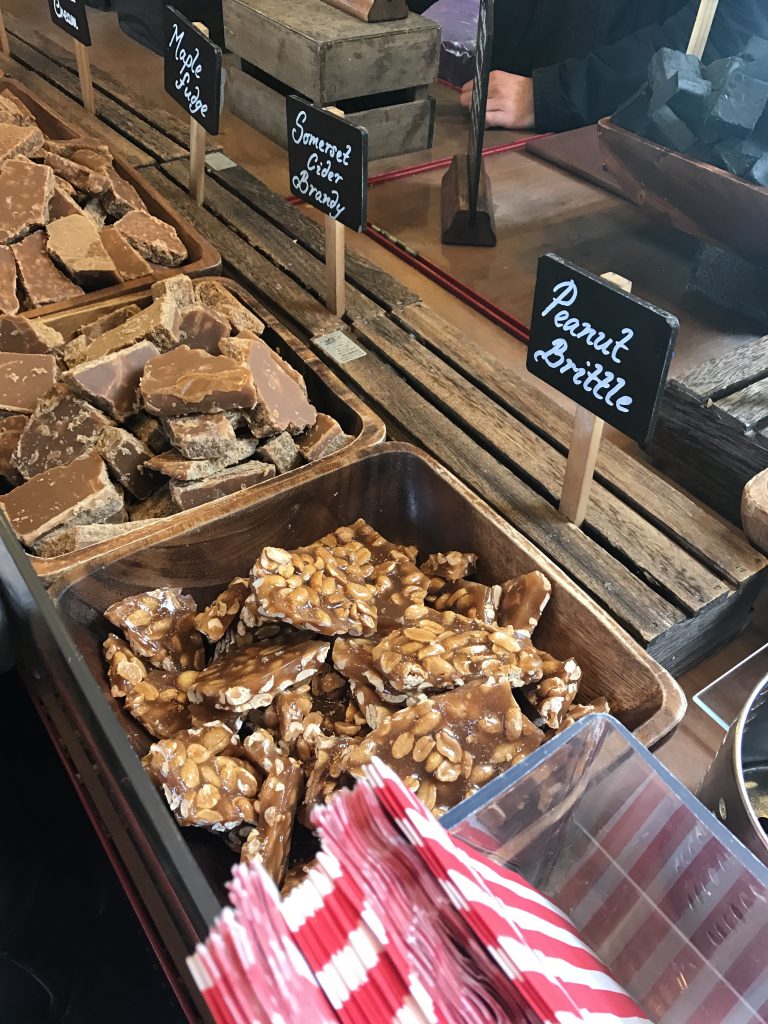 Oooh and there is even more… Everything smells way to good! 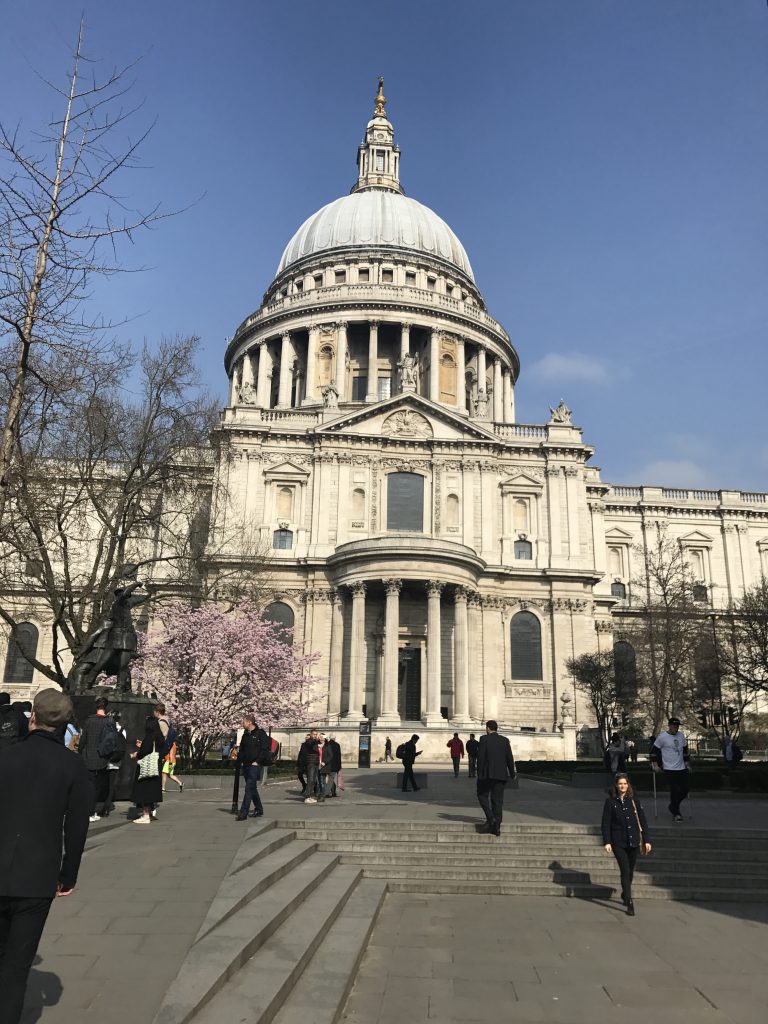 We walked a lot and took the metro to see as much as possible of London. 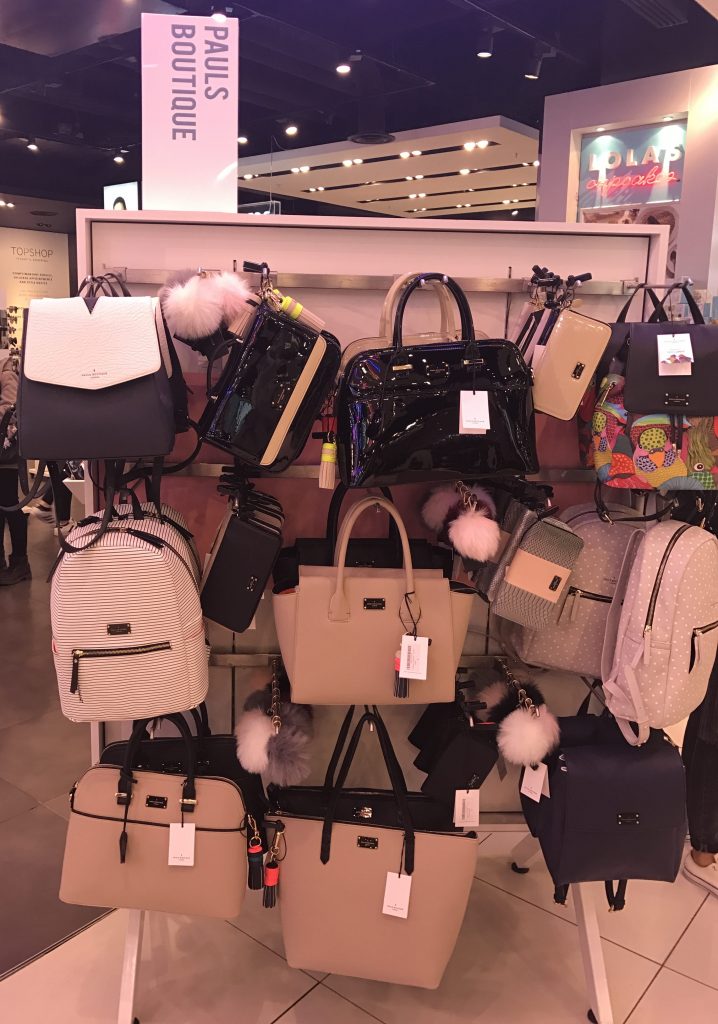 The Paul’s Boutique stand at Topshop. How gorgeous are the bags? The one at the top right. Love the colors. 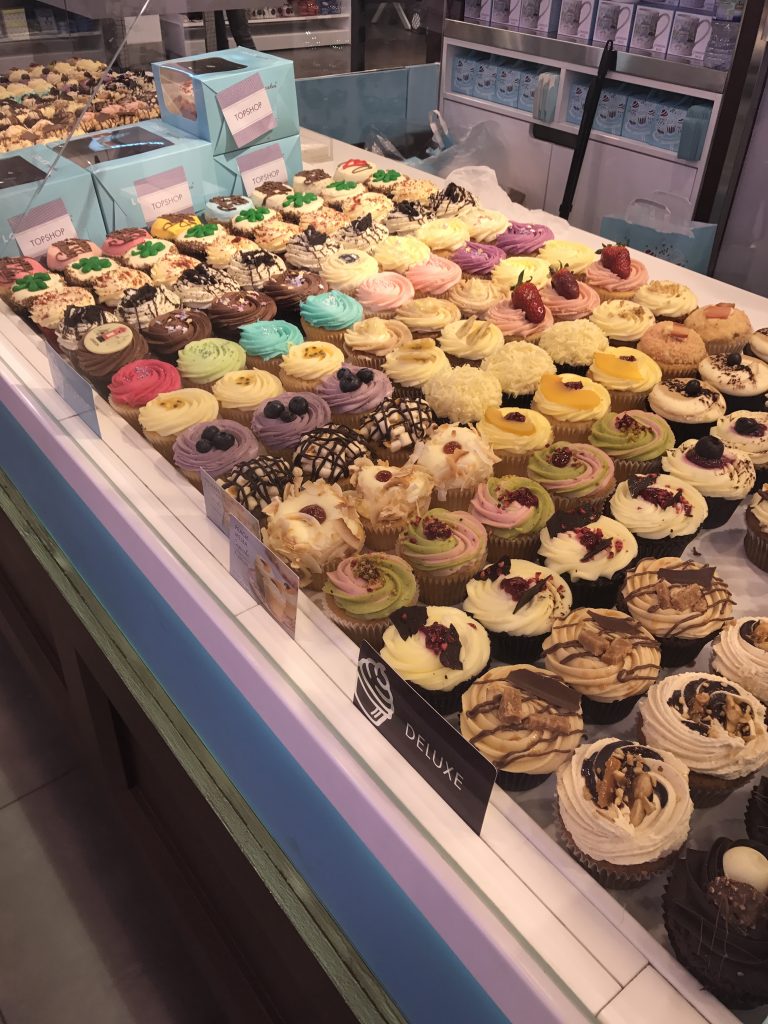 Sweets while shopping at Topshop. 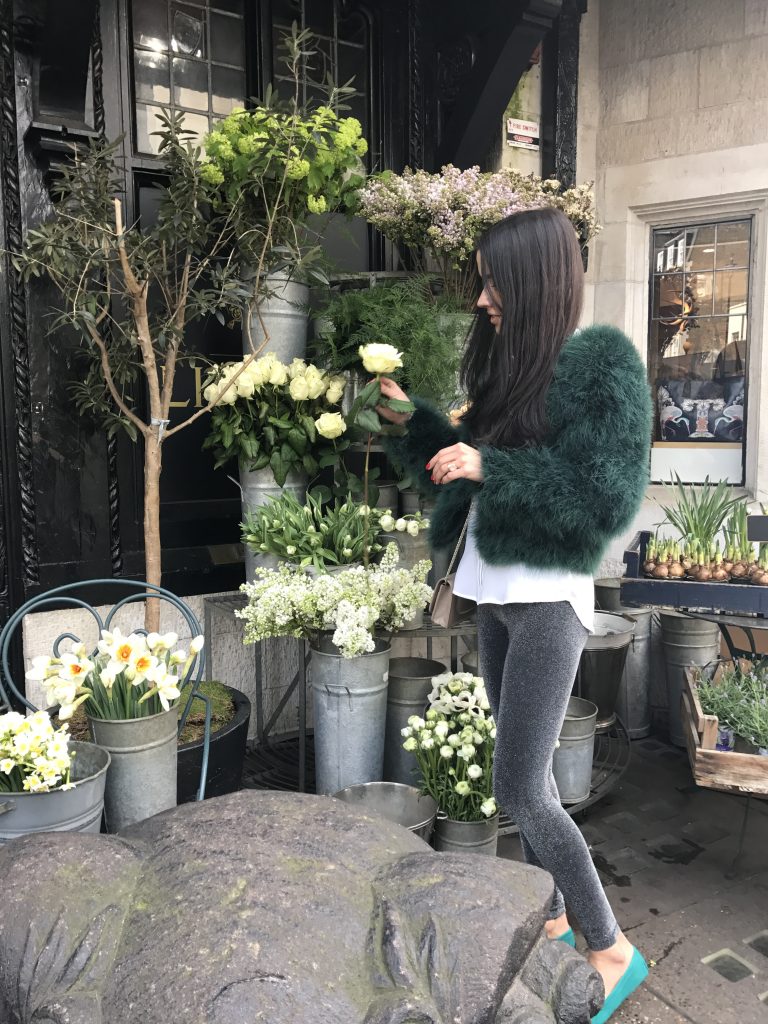 At the flower stand outside Liberty London.

Next stop was Liberty London Boutique. Liberty is a department store on the West End of London. They sell luxury goods. 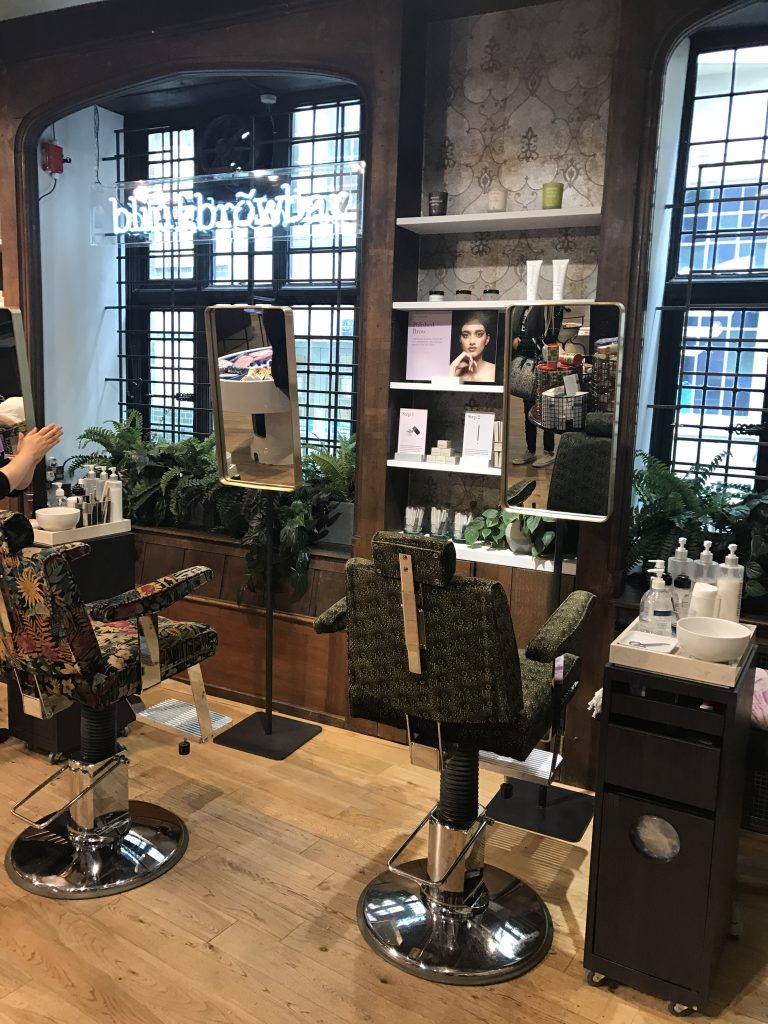 The store is so big and there is so much to shop. They even have a Blinkbrowbar. 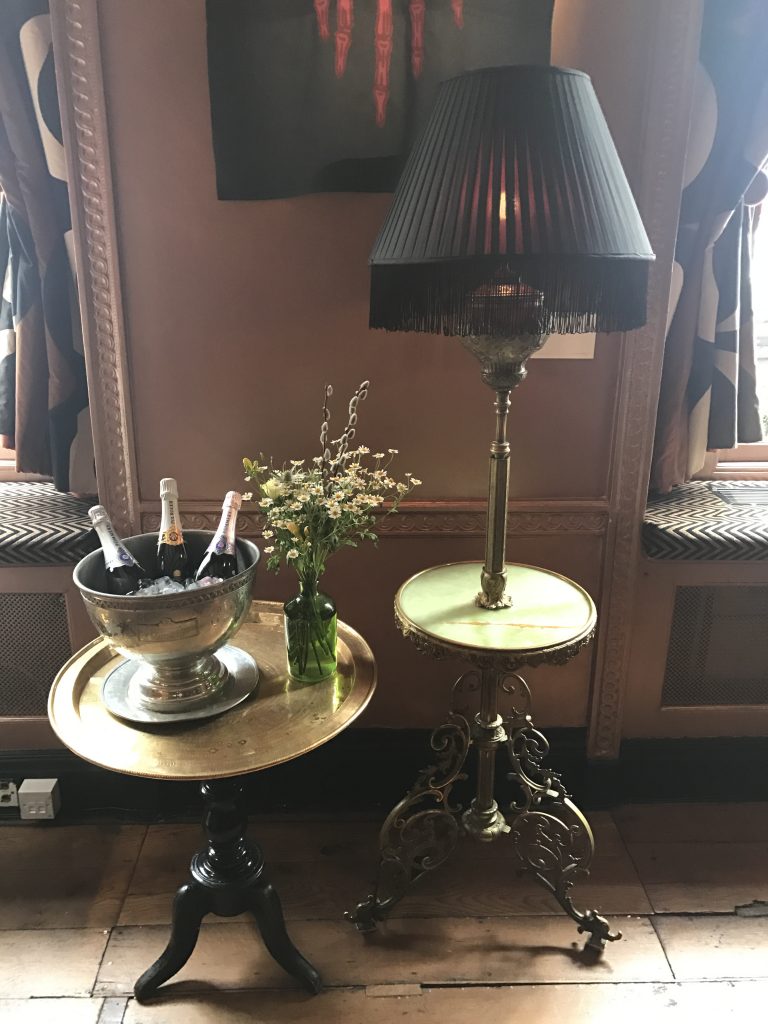 After we spent the morning walking and strolling it was lunch time. And what better way than to have lunch at Sketch.

Tomorrow there will be a blogpost online about this cute place. 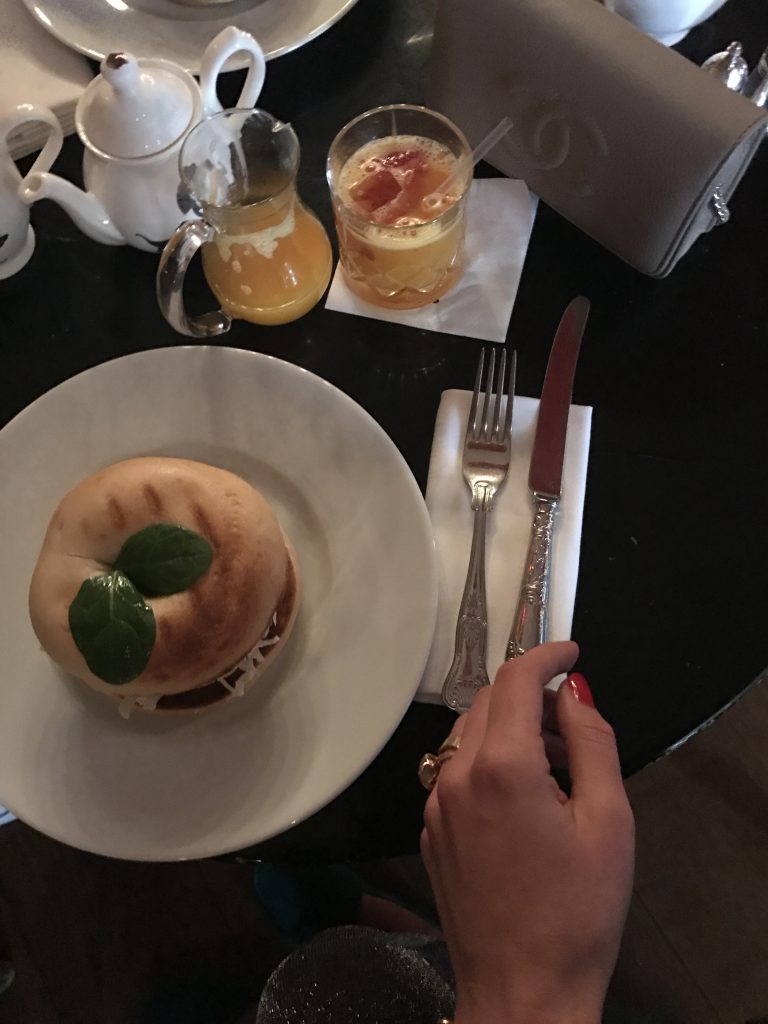 A fresh juice and a smoked salmon bagel for lunch. 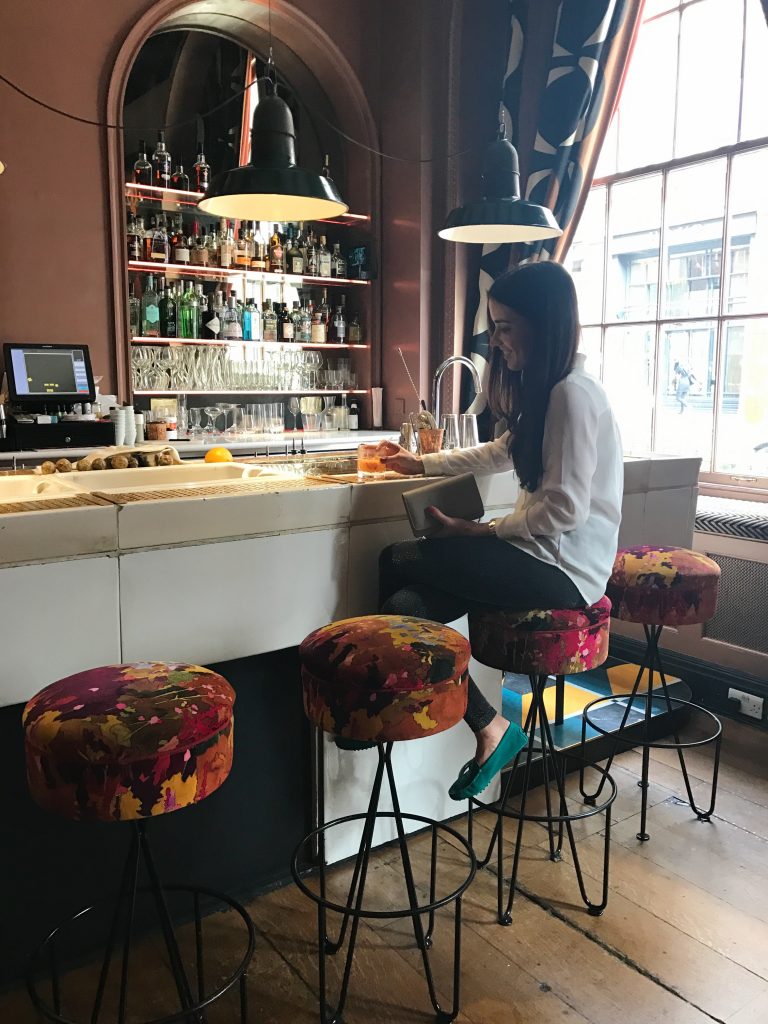 Sipping on my juice at Sketch. 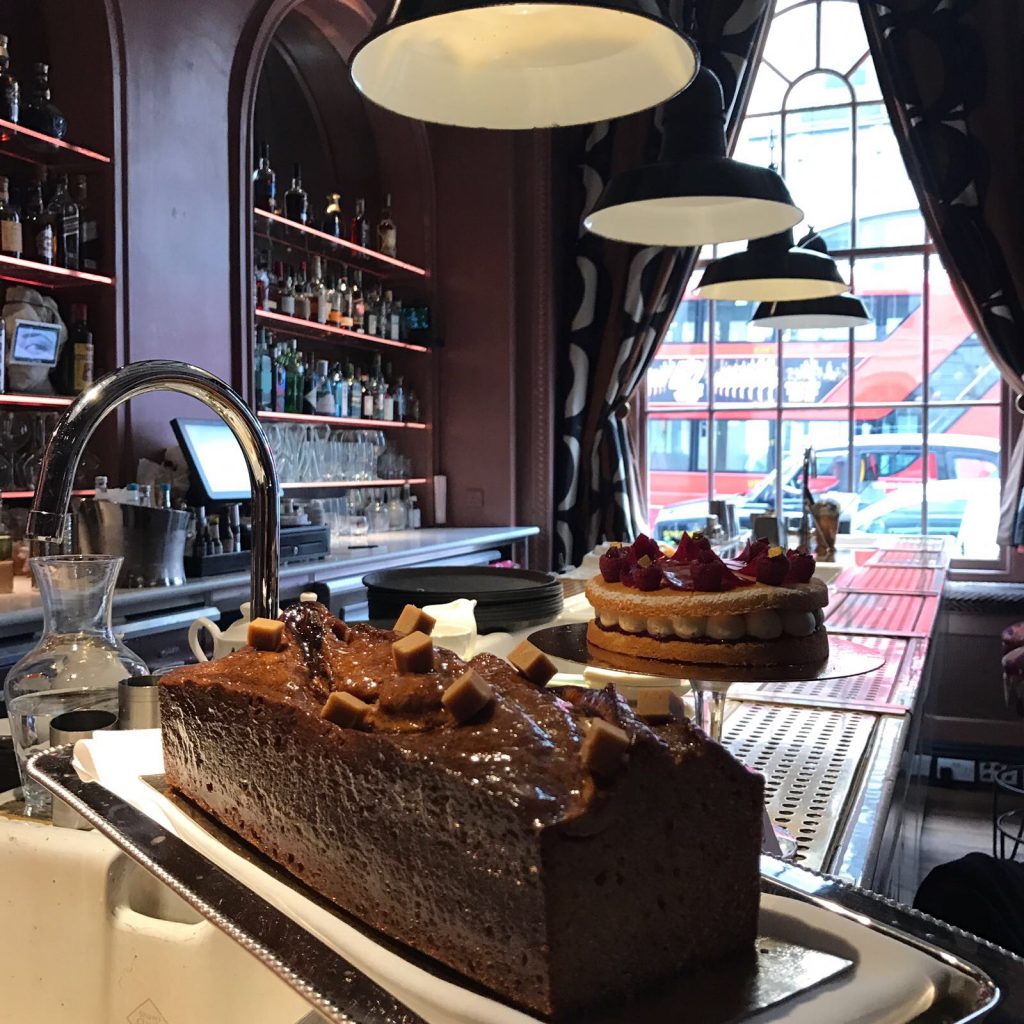 Ooooh so many sweets today! 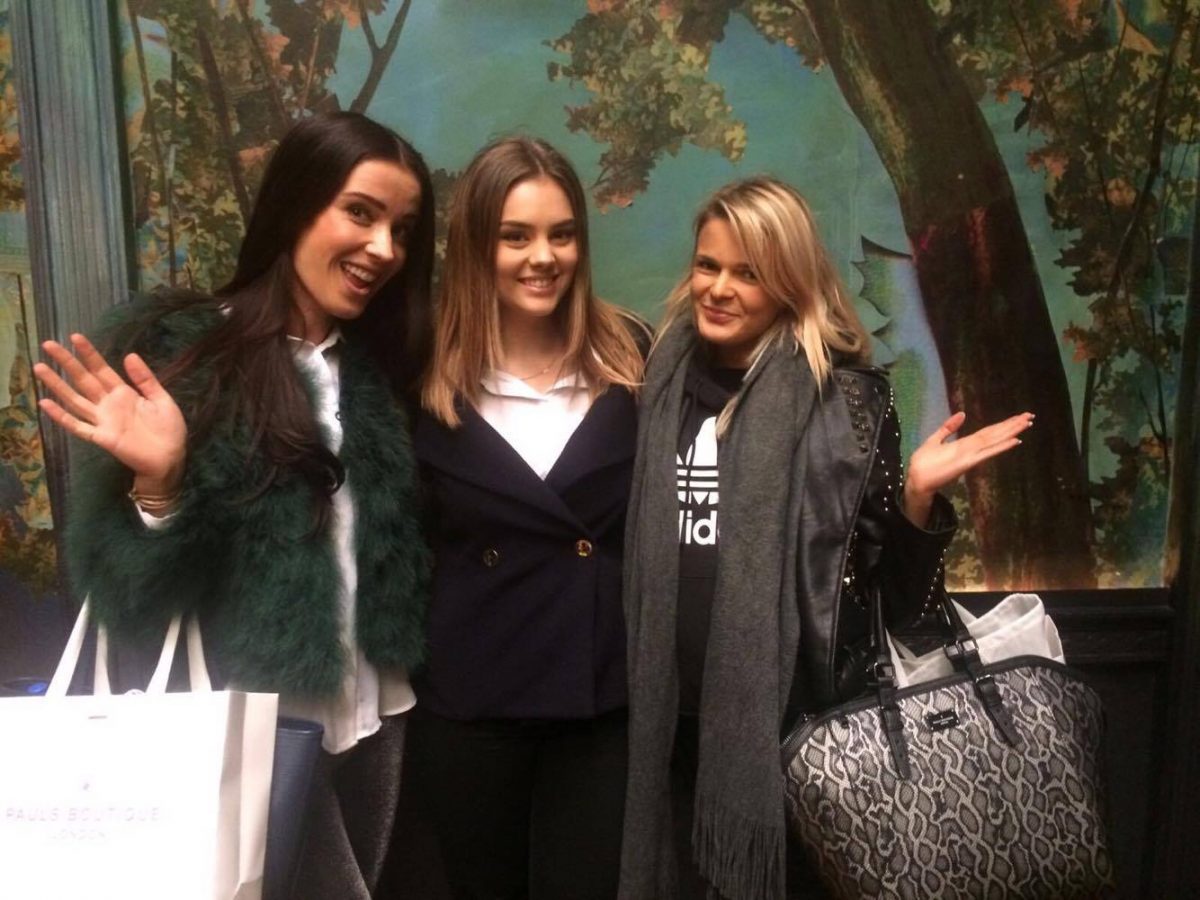 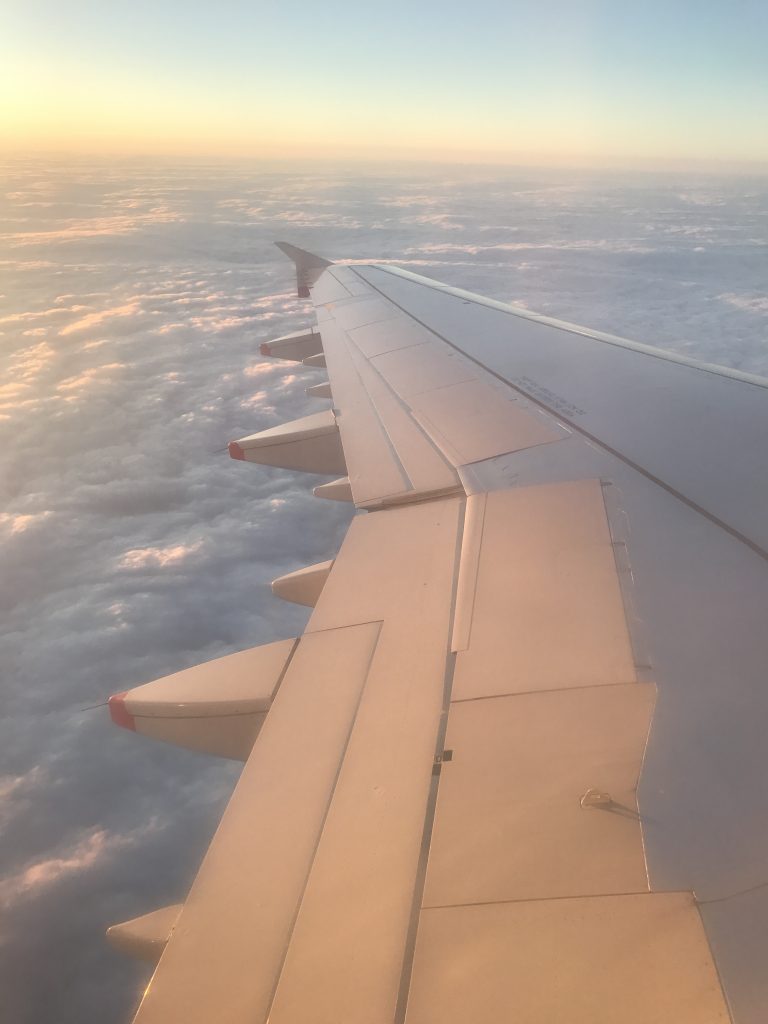 Up in the pink sky, time to head back home. At 21:00 pm i was at the Schiphol Airport Amsterdam again.

London you were great!

Thank you Sasha from Paul’s Boutique & Yentl for the super fun & great day! 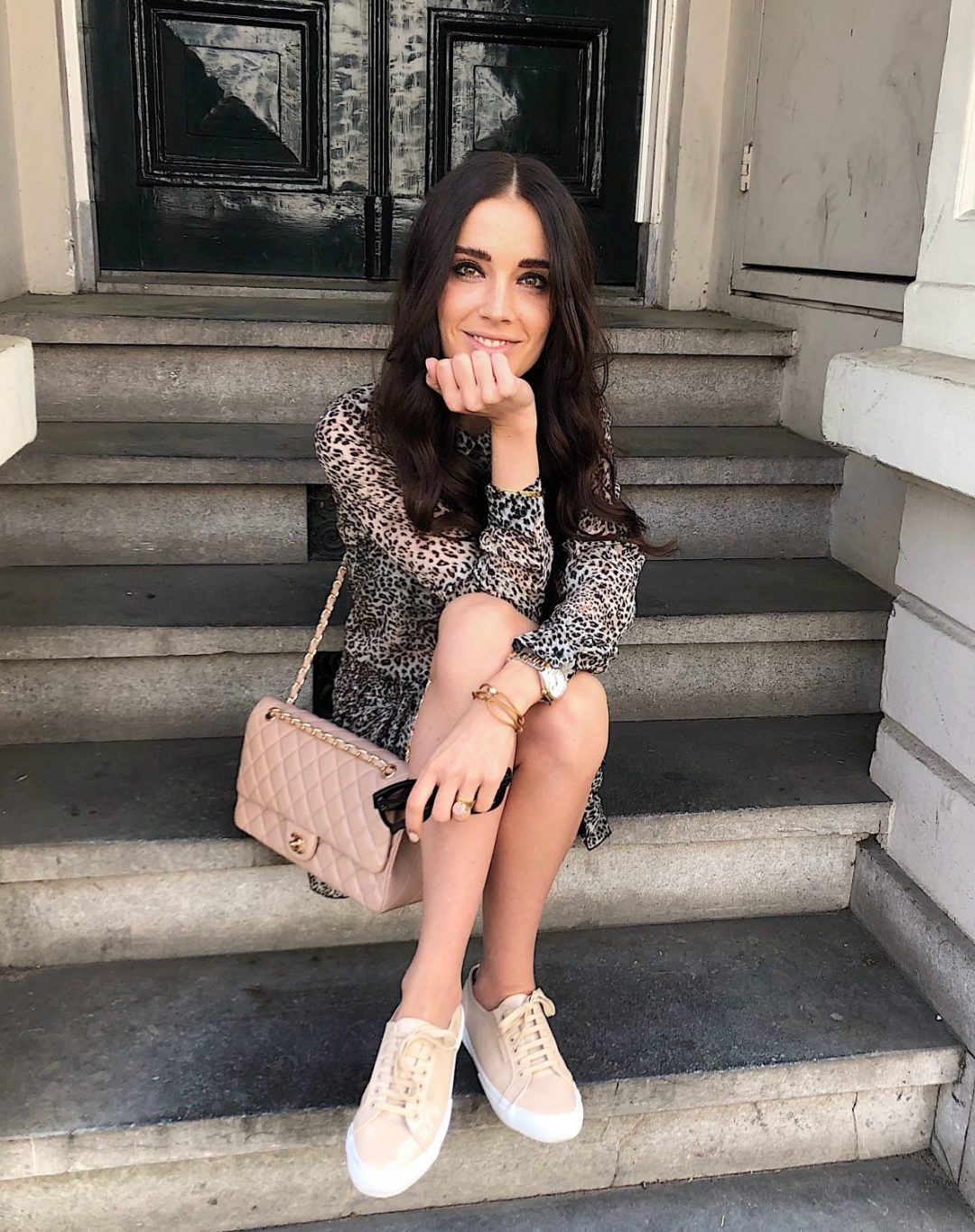 Where fashion, family and drinks come together ask@thehouseofkelly.com